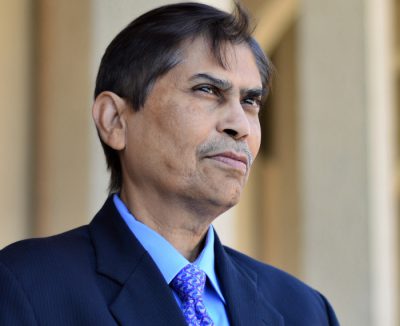 Dr. Israr Khan is an Instructor in the Department of Information Systems & Operations Management at KFUPM Business School. He earned his MBA (1982), from King Fahd University of Petroleum & Minerals, and PhD (1985) from University of Kanpur, India. He joined the KBS in 1992, and since then he taught courses in Management Information Systems at undergraduate and graduate level.

He was also the member of development team for Dar Al Uloom University, Riyadh MS in MIS Program and was the project leader for Effat University Business Curriculum Development Committee. He also provided consultation to numerous organization on ERP implementation, and other strategic management projects.
His research profile include several research papers, conference proceedings, session chairs, members of organizing committees, and other intellectual contributions.

He attended several conferences, workshops, and seminars at international and national level on curricula development, assurance of learning, business accreditation, and rubrics management. He is the member of AACSB Accreditation Committee since 2001, and an integral part of AACSB accreditation at the College. During his tenure, KBS has its initial accreditation in 2003 and accreditation renewal in 2013, and 2018.