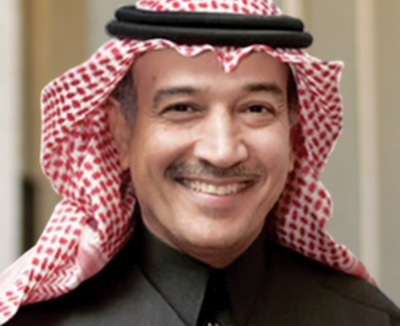 Dr. Alashban is an adjunct professor of Marketing at Management and Marketing Department, KFUPM Business School. Dr. Alashban received his MBA from KFUPM in 1984 and his Ph.D. in Business Administration (Marketing major) from University of Houston in 1995.

Dr. Alashban served as the Dean of KBS (from 2003-2006) and before that he was the Assistant Dean for Graduate Programs for three years at KBS in charge of establishing the first EMBA program in Saudi Arabia in addition to his responsibility for the MBA program. He also served as: the Chairman of the Management and Marketing Department – KBS; Manager, Economics & Management Systems Center, Research Institute – KFUPM; Manager, Management & Quality Systems Section, Economics & Management Systems Center, Research Institute – KFUPM.

He worked for three years (2006-2009) as the Eastern Province Regional Head, Morgan Stanley Saudi Arabia (on loan from KFUPM).

Between 1985-1989, Dr. Alashban worked at Saudi Aramco as an Industrial Engineer and as a Planning & Programs Analyst.

From 2005-2011 Dr. Alashban served as a member, then as the President of the Greater Dammam Municipal Council (which includes five municipalities in three major Eastern Province cities: Dammam, Al-Khobar and Dhahran).

In 2013, The Council of Ministers in Saudi Arabia has appointed Dr. Alashban (2013-Date) as the Chairman of the “Committee to Resolve Insurance Conflict Cases in the Eastern Province”.

M. Sadiq Sohail and Aref A. Alashban, (2009), An Analysis of Product-Market Strategy and Export Performance: Evidence from SME?S in Saudi Arabia, International Journal of Entrepreneurship, 13, 49-65.