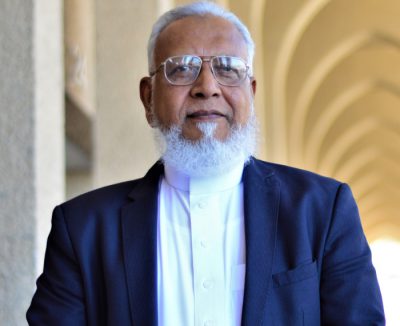 Mr. Muhammad S. Islam is a lecturer in the Department of Accounting & Finance, at KFUPM Business School. He earned a degree of Master of Science in Computer Information Systems from Boston University in 1985. His teaching experience in the department includes courses in Financial & Managerial Accounting, General & IT Auditing, and Management Information Systems at both undergraduate and graduate levels. He taught numerous short courses in areas of Accounting/Auditing, and Management Information Systems offered by the College. Currently he is working as an advisor to the KBS-Industry engagement office, College Coordinator for the KFUPM Students Scientific Forum and a member of the University Scientific Committee. He has been an active member of KBS-Aramco-Finance Team for development initiatives as one of the project leaders for professional certification endeavor. He also worked in numerous research and consultancy projects.

Mr. Islam has been actively involved in managing the coop internship program for the department. He supervised a considerable number of students doing their Accounting/MIS Coop work in organizations like Saudi Aramco, the Global Accounting Firms (PWC, DTT, E&Y, and KPMG), NCB (National Commercial Bank), SAMBA (Saudi American Bank), SBB (Saudi British Bank), Chamber of Commerce (Eastern Province), Siemens, Proctor & Gamble, and Unilever etc. He is an active member of IMA (Institute of Management Accountants), IIA (Institute of Internal Auditors) and ISACA (Information Systems Audit & Control Association). He coordinated the CIA Exams in the Eastern Province for several years and worked with Saudi Aramco, IMA chapter (Eastern Province) and other Professional associations for organizing the Professional Exam Review Courses in the Eastern Province area. Prior to joining KFUPM Mr. Islam served as an Associate Professor in the Department of Computer Science at Wentworth Institute of Technology (WIT), Boston, Massachusetts. During his tenure at WIT, he consulted several government and private organizations including Massachusetts Commission of Higher Education, Office Plus Corporation of USA, and Medical Research International, Burlington, MA. Mr. Islam also holds a Master’s degree from Harvard University, Boston, Massachusetts (1981), and an MBA degree from University of Dhaka, Bangladesh (1978).