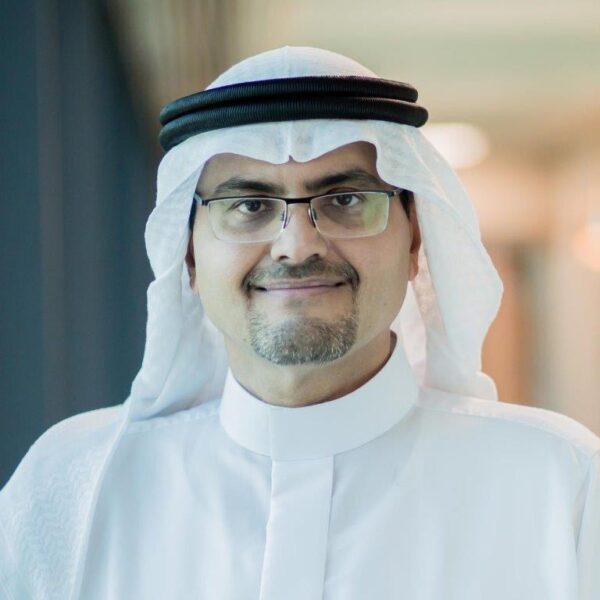 Dr. Muhammad M. Al-Saggaf was appointed as the President of KFUPM in January 2020. Prior to that he was the Senior Vice President of Operations and Business Services in Saudi Aramco with a portfolio spanning the company’s activities in aviation, marine, transportation, training, safety, security, community, and medical services. He was also the chairman of the Saudi Aramco Total Refining and Petrochemical (SATORP), Johns Hopkins Aramco Healthcare (JHAH), and Saudi Aramco Energy Ventures (SAEV).

Prior to his appointment as senior vice president in Saudi Aramco, Dr. Al-Saggaf was president of the King Abdullah Petroleum Studies and Research Center (KAPSARC) from 2012, which is an independent, nonprofit research institution researching energy economics, policy, technology, and the environment, across all types of energy.

Previously, he had assumed several roles related to research, energy development, technology, and strategy. From 2009, he was the chief petroleum engineer, responsible for the reserves and the development and management of all of Saudi Aramco’s oil and gas fields.

He joined Saudi Aramco in 1989, and held several positions within the company in Upstream, including direct operational roles in the Safaniyah and Shaybah fields. Before that he worked as a graduate assistant at KFUPM.

Dr. Al-Saggaf holds a B.S. degree in mathematics from King Fahd University of Petroleum and Minerals (KFUPM) with Highest Honors, M.S. and Ph.D. degrees in geophysics from the Massachusetts Institute of Technology (MIT), and an EMBA from KFUPM Business School. He is also a graduate of Harvard Business School’s Program for Management Development.

Planning and organizing a 3 day (April 4 to 6, 2019) nationwide...
We are using cookies to give you the best experience. You can find out more about which cookies we are using or switch them off in privacy settings.
AcceptPrivacy Settings